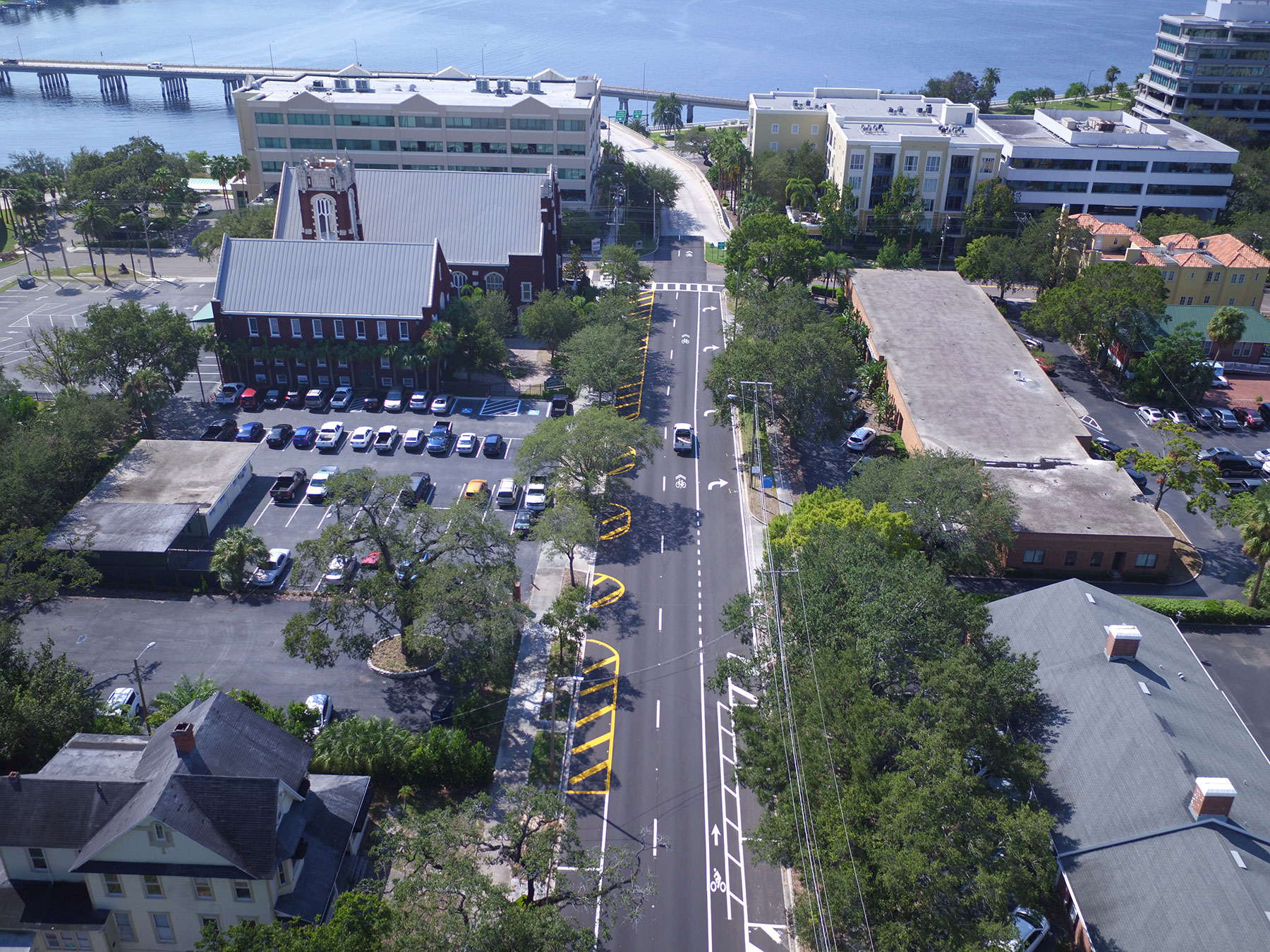 ELEMENT prepared design plans for pedestrian and bicycle improvements along Hyde Park Avenue and Plant Avenue for the majority of this one-way pair. The focus of the project was implementation of safety improvements along both corridors. Safety improvements implemented along both roadways included signing and pavement marking modifications to enhance sight-distance at intersections, shared lane markings for bicyclists and implementation of bulb-outs to reduce crossing distances for pedestrians at intersections. The project also included the installation of retroreflective backplates at all signalized intersections within the project limits as well as guide stripes and overhead lane-use signs for the Plant Avenue at Cleveland Street intersection, which includes the westbound Selmon Expressway exit ramp onto Cleveland Street.